"How Beautiful Are the Feet of Those Who Bring Good News..." 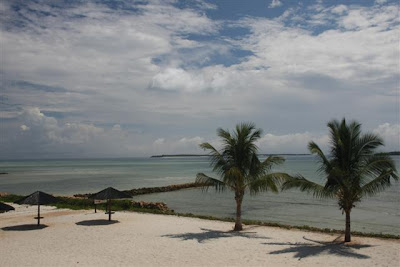 Every other year, our mission organization holds a All-Africa conference. Usually it has been held in Kenya, but this year it was in Tanzania--just about a mile away from our house! Even though it was so close, last week we still packed up and drove down to stay at the hotel with everyone else. It was a wonderful five days. 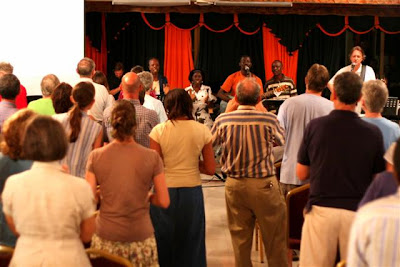 There were about 100 people there: half either missionaries or national leaders from Africa, and half from the States, including a large team from a church in Tenessee, who ministered to us in music, prayer, and child care. 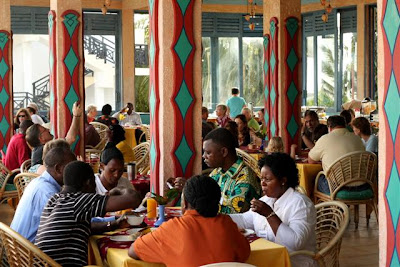 I was blessed by the African national pastors...godly, strong men, all from countries recently devastated by war--yet planting dozens of churches a year. And for the first time in about 18 years, I got to hear real Liberian English...what a joy to my heart!

I was blessed by the missionaries from the other African countries. The vast majority of missionaries there used to serve in Zaire--now known as Congo--and have now been dispersed to other countries because of the war. But the movement of churches in Congo is the second largest in the entire world for our denomiation, second only to the U.S. This group has been serving God in Africa for decades...they all speak multiple languages...they are such an example of faithfulness and sacrifice. 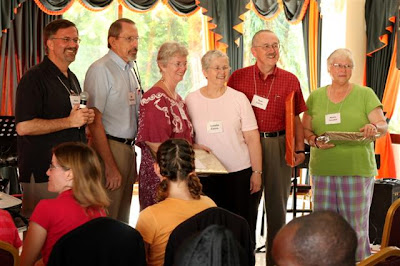 Where is the next generation? Who will replace them? "The harvest is plentiful but the workers are few. Ask the Lord of the harvest, therefore, to send out workers into his harvest field." 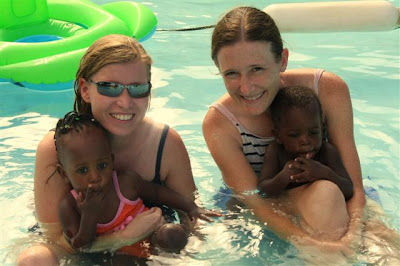 The best part of the conference was getting to spend time with friends that I rarely get to see. Emily and her husband live a couple hours away from us, but they have two adopted kids that are the same age as our kids, so we have a lot in common. Grace's two best friends: McKayla and Caleb.
Caleb says to his Mommy: "Isn't Grace beautiful?"
Grace says to her Mommy: "I'm going to marry my friend Caleb."
We think it's a great match! 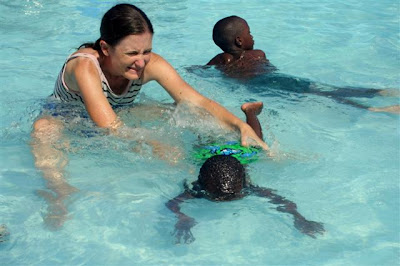 Josiah is a little fish, just like his sister. Whenever he is in the pool, all he wants to do is repeatedly throw himself in, face first. Guess he trusts us to pick him up every time! 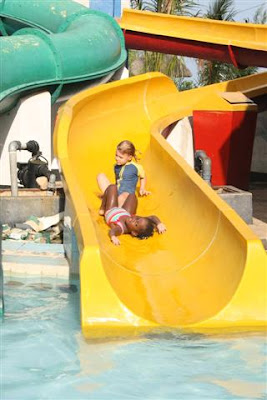 Grace and McKayla entertained each other by coming up with as many ways as possible to go down the water slides. 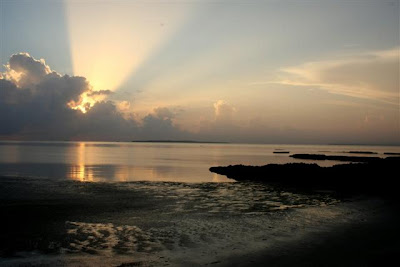 Gil got up for the sunrise a couple mornings and this was his reward.

This morning I went into Grace's room and she was sitting on her bed "reading" this: 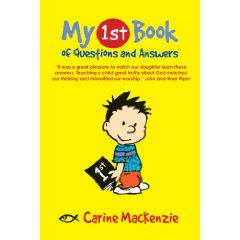 It's a fabulous little catechism that is recommended by John Piper. Grace has been memorizing it and she loves it. So this morning when I walked in, she started asking me the questions. "Mommy, Who is God? Who wrote the Bible? Why did God make you?" And then, "Good girl, Mommy!" when I answered correctly.

Then she asked, "Where is God?"

"God is everywhere," I said.

She looked up at me. "Why is God everywhere?" (This is not a question from her book. And she's really not that philosophical. She's just three and likes to ask 'why.')

She gave me a knowing look. "No, Mommy. Tanesco has all the power."

Ah. Tanesco. That would be the power company. Obviously a common topic of conversation in our house. 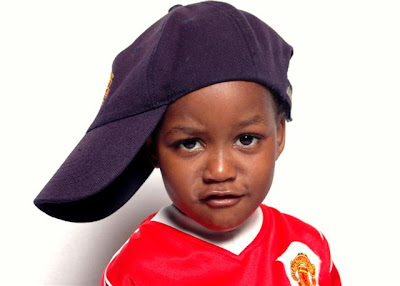 Email ThisBlogThis!Share to TwitterShare to FacebookShare to Pinterest
Labels: Grace

Does the Church Still Need to Send Out American Missionaries? Can't the Nationals Do it Better?

You want to get me on a soapbox? Ask me this question.

Maybe some of you didn't even know that Christians are asking this question. Depends on the church you attend, probably. But there are some churches who aren't even supporting long-term missionaries any more. They have consciously decided to only support national workers and short-term missionaries.

Agreed. No problem agreeing there.

But these arguments leave out other important factors:
1. There are many, many people groups in the world who have yet to have one believer in their midst. Who will reach them?
2. There are many, many people groups in the world who do have an established church, but they have no missionary mindset to try to reach other groups.
3. There are many, many national believers who would love to share the gospel but have no training, often not even a high school diploma, let alone Bible training. Often they don't even own a Bible. In Africa, often a pastor of a church won't even own an entire Bible. Or maybe one for the entire congregation. And it probably won't be translated into their heart language.

Missions in general is undergoing a huge shift in priorities. This is a very, very good thing. I totally agree that missions in the past was often very influenced by imperialism and ethnocentrism. Not good; not biblical--even though they did accomplish much good.

The attitude used to be: We come in; we do the work; we build it up; you depend on us.

Now, the attitude is increasingly more: We come in; we teach you to do the work; you build it up; you depend on God.

However, short-term teams, with all of their advantages, cannot do this. Not even in a year. Or two years, depending on the country, especially if language learning is a part. Maybe more like 10 years...or longer.

And yes, the idea is for the nationals to do it. We agree that often they can do the work much better than us. One of the reasons we love teaching at HOPAC is because 40% of the kids are Tanzanian. From upper-class families. These are the kids who will go on to be the politicians, the lawyers, the movers-and-shakers. They really do have a chance to make a difference in their country and for the Kingdom. And this is the reason that one day Gil would love to be involved with training African pastors.

Another thing to remember is that Jesus said, "Go." Even to the ends of the earth. All believers fall into this category. All churches should be sending missionaries, not just money. I love to see this at work here in Dar es Salaam. The missionaries here are definitely not all American! We know Danish families who publish and distribute Christian literature throughout Tanzania. We know Australian families who are working on Bible translation. We know a Spanish family who is working with drug addicts. And we know Korean, Finnish, and British families who are planting churches. All of these families send their kids to HOPAC.

Did you know some of these countries are even sending missionaries to the U.S.? That's how it should be. All churches should be senders. All nationals (including American nationals) should be missionaries.

I could go on, but I will stop after one more thought.

Missions is popular these days. Almost every Christian under the age of 30 (and many above 30) have been on at least one short-term missions trip. And there are many who are commiting to serve for a few months, even a year. This is great.

But do you know what is not popular? Career missions. The number of people who want to give their lives to career overseas missons has stagnated. It shouldn't be this way. John Piper says that every year he takes some time to evaluate his life and ask God if He wants him overseas. What would happen if every Christian did that?
Posted by Amy Medina at 12:41 PM 4 comments:

Email ThisBlogThis!Share to TwitterShare to FacebookShare to Pinterest
Labels: FAQ's About Missionary Life and Tanzania 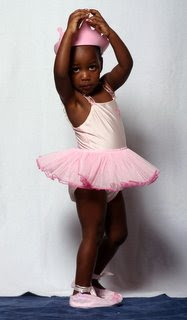 How many of you moms can relate to conversations like this?

Grace: Jimmy Gourd, I'm not Grace, I'm Junior [as in, the Asparagus]. And you are Jimmy Gourd.

Mommy: Oh, excuse me. Junior, let's go get in the car.

Mommy: Grace, do you want to color?

Grace: Mommy, You're Daisy [our dog], remember? You can't talk.

Email ThisBlogThis!Share to TwitterShare to FacebookShare to Pinterest
Labels: Grace

Do You Live With Wild Animals?

Only kids ask us this question. But maybe you have wondered too.

No. We do not live with wild animals (unless you count two toddlers). There are 5 million people in this city so I'm guessing the wild animals probably got scared off.

On a daily basis, I see our two dogs. I also see cows, goats, and lots of chickens milling about our neighborhood.

Daily there are geckos on the walls in my house, but they eat the mosquitoes, so I don't mind. There is currently a yellow tree frog living in our toilet that we can't manage to catch. Sometimes I see large cockroaches, which then receive a very large dosage of insect spray. Sometimes we see other large, interesting bugs, but not in my house. Occasionally we see snakes in our yard, but the dogs always kill them. Probably the craziest thing I have seen in my yard was a 4 foot long monitor lizard.

However, Tanzania is home to multiple game reserves which are amazingly awesome to visit. We have been to five of them; the closest is about a four hour drive from here. The Serengeti is in Tanzania, which is probably the most well-known game reserve, and home of The Lion King. 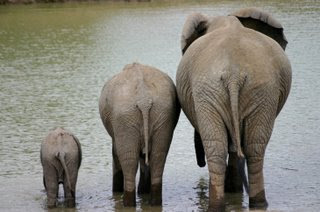 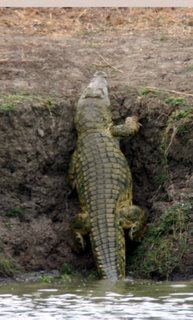 Come visit us and we'll take you there!
Posted by Amy Medina at 12:03 PM 7 comments:

Email ThisBlogThis!Share to TwitterShare to FacebookShare to Pinterest
Labels: FAQ's About Missionary Life and Tanzania

Every day: Grace and Josiah (do I need to describe that? Probably very similar to how it would look anywhere in the world: books, crayons, balls, puzzles, "No, we don't lick the table," picking up toys over and over and over...you know what I mean.)

Every day: Cook meals. Except for Tuesdays when Gil and I go out. Sometimes Fridays before youth group we also will go out and get a pizza, or mishkaki (meat) and chips at the hole-in-the-wall nearby. I also bake a couple times a week: cookies for youth group, breakfast food (banana bread, muffins, etc.) Cereal costs a small fortune here so we rarely buy it.

Usually at least one other day per week is used for running errands: paying bills, tracking down social workers, etc. Sometimes this feels like a part-time job.

Tuesday mornings: teach chapel for elementary kids. My kids come with me.

Saturdays: often go to the pool at a nearby hotel

Other: Families, friends, students here for dinner...sometimes a friend of mine will come for lunch. Friday mornings I try to get Grace and Josiah to a playgroup if we don't have other errands to run. Host students for a few days at a time when their parents are away. Host people who are visiting Tanzania. Watch students' soccer or basketball games. Visit HOPAC's library with Grace. Attend other HOPAC events. Tonight, in fact, my husband is doing a seminar for parents on the media's impact on young people.

During nap time and sometimes in the evenings: organize the after-school program each term, write emails, do our financial reports for the mission each month, work on my MA classes, write prayer updates and prayer letters, blog.

Remember: I don't do any of my own cleaning or laundry. That frees up a lot of time!
Posted by Amy Medina at 12:18 PM 3 comments: