Today we were at a kids' play place, and Lily was jumping on the trampoline.  When she wanted to get off, a worker there reached for her to take her down.  I was also standing there watching her, and she looked at the two of us, and turned to me instead.

Since Lily often makes no distinction between a perfect stranger and me, I considered that a good sign.  Or maybe she just chose me because the worker was male.  And wearing a clown costume.  But we'll just assume that it's because she is bonding.

Really, she's doing great.  She gets the carseat thing now.  She doesn't freak out around the dogs.  She is able to go up and down stairs (that one had surprised me--but why should it?  She had never used stairs in her life).  She will tolerate hot dogs.  She's figured out how to get herself water from the filter.  Potty training has gone out the window, but I'm guessing she'll get it back quickly when we start working on it.  She loves to be held but hates to hold my hand.  She gets more words and more sentences every day.  Her giggle is infectious.

From everything I can tell, she is adjusting excellently.  It's been a crazy month that passed in a blur, but even with all the craziness, I managed to keep her by my (or Gil's) side the entire time, except for about 4 hours total all month.  Exhausting, but worth it.  This week we moved her into the kids' room with no distress.

Honestly, the hardest part for me right now is Josiah.  Lily's tantrums wear me out, but I can outlast her.  Josiah, however, has had some pretty rough days.  Like terrible-horrible-no good-very bad-I'm moving to Australia-days.  Grouchy, whiny, mean, reverting to kicking-screaming on the floor behavior....All.Day.Long.  Ugh.  I knew my adorable, complicated little boy would have a hard adjustment, but he is wearing me down.  Help me out here, Moms.  Is this normal for some kids when they get a new sibling?  Or is it because Lily is a toddler?  We're giving him extra attention; we're praising him up and down; we're giving him rewards when he does well....trying everything to not to have to discipline him for the entire day.  Because that's what it feels like.  Sometimes he has already hit his sister before I even make it into the bedroom in the morning....not because she has done anything to him.  Just because she exists.

Nothing like parenting to humble a person!
Posted by Amy Medina at 10:44 PM 9 comments:

My friends gave me a surprise baby shower for Lily.  Even now, I get choked up about it.  I've never had a surprise party.  Baby showers usually are given before a baby is born, so it's one of the things us adoptive moms don't usually get until afterwards.  But for me, I think that makes it even more meaningful.  And the love and support I felt that day was.....a shower of blessing.  There's just really not any other way to describe it. 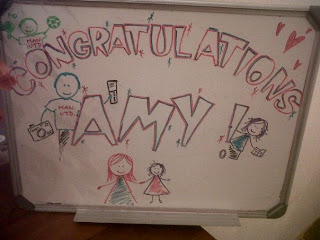 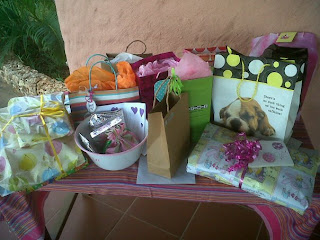 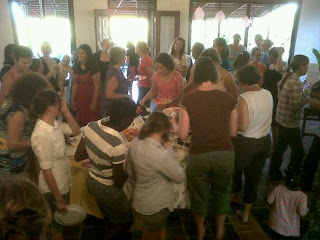 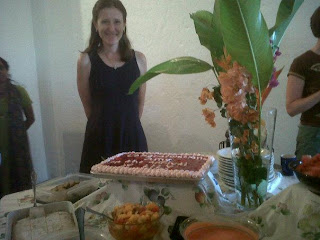 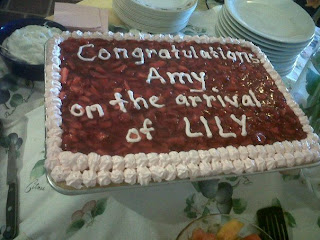 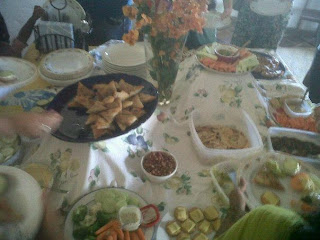 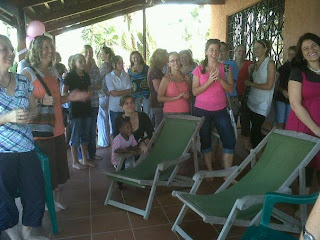 (that's everyone's reaction when they saw my reaction)
Posted by Amy Medina at 3:39 PM 2 comments:

If those of you in California hear a child screaming in the far distance, it's probably Lily.  That kid has unbelievably loud vocal cords.  So if you hear her, say a prayer for me.

If I tell her that she's had enough milk for now, she throws herself to the ground and screams.

If I tell her it's time to go and she does not want to go, well....screaming.

If we are at school and my hands are full so I can't pick her up, she turns herself into jelly-legs and makes herself a puddle on the sidewalk.  I pick her up by the arm and drag her along, forcing her to walk, and she screams.  I'm sure every student on campus thinks I am torturing the child.

And then there's World War III, which has broken out between Josiah and Lily.  If he just "happens" to bump into her (which "accidentally" happens multiple times a day), screaming ensues.  Then Josiah gets punished and he tries to compete with her in volume.  In the last couple of days, she has attempted to retaliate by coming at him with her teeth.  I discovered I have a vampire child.

All three of my children are in major transition right now.  Grace loves school but comes home exhausted and emotional, Lily is adjusting to.....everything, and Josiah...well, Josiah tells me every day, "I don't love my sister.  I want a brother."  And once again I explain that a brother wouldn't be any different and that he must show love even if he doesn't feel it.

Of course, it's not all bad.  It's a delight to see her discover things for the first time.  Her joy in taking a bubble bath.  The way that she asks me all day long, "What is dat?"  The hug she gave me yesterday which for the first time, felt personal, and not just because I was the closest person around to give it.  Amusement from watching her turn down hotdogs and chips because she's never had them before (But the girl can wolf down a PB&J!)  Hearing from a friend about how Josiah tenderly cared for her in the back row while I was speaking in assembly on Monday.  Her complete love affair with shoes and sunglasses.

She is a typical two-year-old in so many ways.  I know that the tantrums are totally normal for her age.  And I realize that she used to be in a place that was completely child-friendly and had very clear boundaries, so she was rarely told, "Don't touch that."  She had a schedule she was familiar with, she ate food she had grown up on, and she rarely, if ever, went to new places.  Now she is being bombarded with new places and people and experiences, yet she is being given all kinds of new restrictions.  And the sinful two-year-old within her does not like those restrictions!

The hardest part for me is disciplining her when we don't have a relationship.  It kind of feels like disciplining someone else's kid--of course she isn't going to respond well!  Two-year-olds are trying to gain independence from their caregivers, and she has that instinct, yet she is pulling away from something that has never really been established in her life.  I constantly beg God for wisdom.  When she cries, is she just being stubborn and need to be disciplined?  Is she grieving and need to be comforted?  Is she afraid and need reassurance?  When does she need grace and when does she need law?

It's not easy.  But I'm guessing that bringing home a newborn isn't easy either.  Is it worth it?  No question.  Would I do it again?  I'm already thinking about it.

Her big brother just did something silly and Lily giggled.  He said, "Mommy, I like to make my baby sister laugh!"

Email ThisBlogThis!Share to TwitterShare to FacebookShare to Pinterest
Labels: Lily 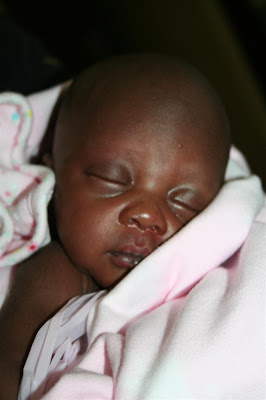 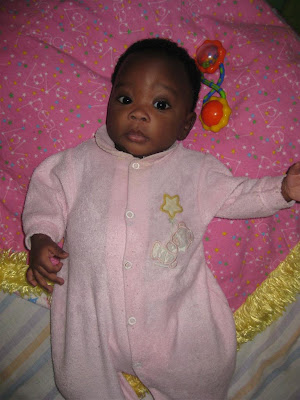 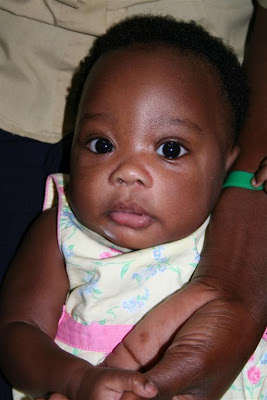 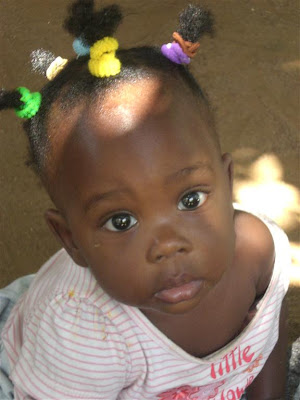 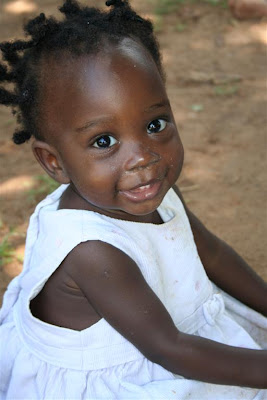 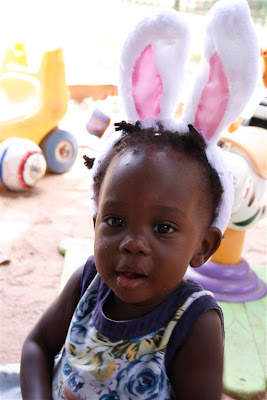 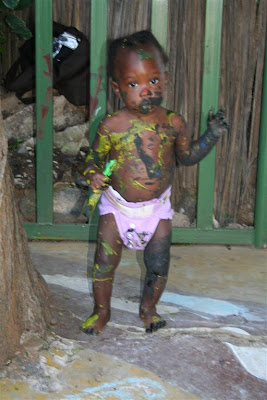 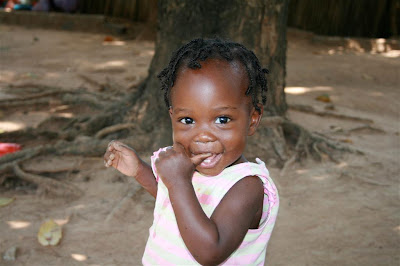 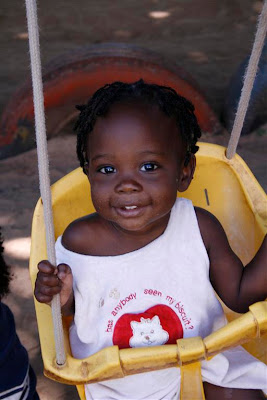 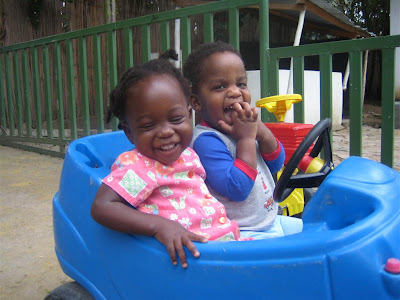 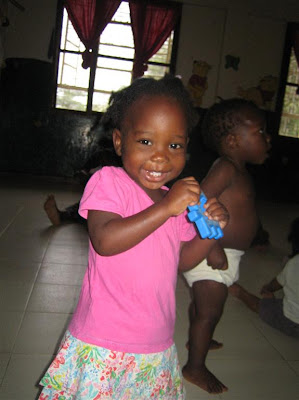 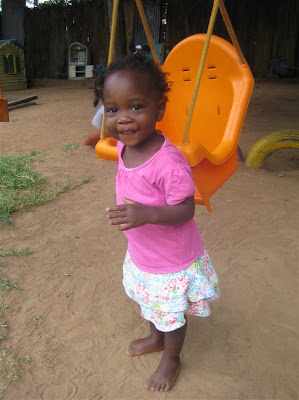 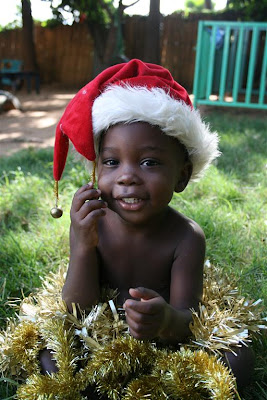 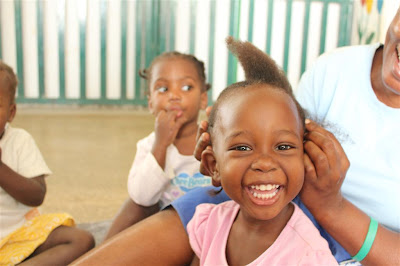 Email ThisBlogThis!Share to TwitterShare to FacebookShare to Pinterest
Labels: Lily 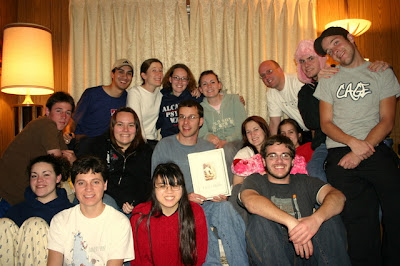 During the years of 2003-2005, Gil and I got finagled into leading the college group at our church.  It turned out to be some of our favorite years of ministry--ever.  We loved working with college students--so open, so interested (and interesting), so passionate and willing to listen.  So appreciative.
It's ironic, because Gil and I always said that our least favorite age group to work with was high school students. ﻿ And so....how did we end up at HOPAC for 8 years?  Well, basically because HOPAC kids are different than your average high school student.
But it's still ironic.
And we've always looked back wistfully on those college ministry years.
Well, lo and behold, guess what?  If you work with high school students long enough, pretty soon they become....
COLLEGE STUDENTS!
And they go away for the school year, but come back for the summer!  And then we get to play with them and have long deep talks with them and have a glorious time with college students!
It's so fun.  We love summer.
And so this summer it's been wonderful spending time with Hannah, Sarthak, Savannah, Bernice, Iksheeta, Lucy, and especially lots of time with Kyung Ho and Lotta (who lived with us for the last month).  But what's even more fun about these college students is that we have known them and taught them and been a part of their lives since they were 10 years old.  So that makes it even more of a blessing when we can have real-life, adult conversations with them. 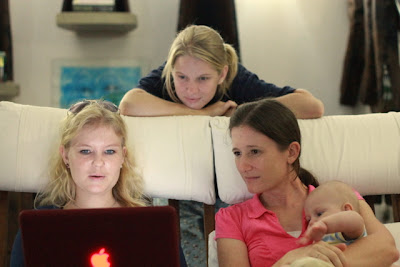 Lotta showing us all her Dartmouth pictures 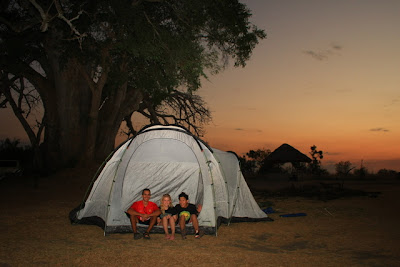 And college students are crazy enough to do crazy things with my crazy husband like spend the night camping in a game park with lions and tigers and bears, oh my.  He didn't even bother asking me if I wanted to go. 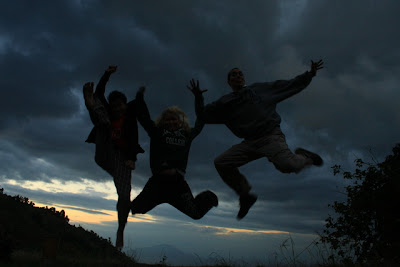 The one on the right actually just turned 34 years old on Wednesday.  But I know you can't really tell.
Posted by Amy Medina at 9:39 PM 1 comment: