I know, it's been a week since I've written.  Sorry, I don't want to make you wait that long.  Because I'm afraid you'll stop coming back.

The car is getting serviced, so we are stuck at home.  It's raining, which allows for blessed breeze.  We enjoy it while we can, knowing that as soon as the sun comes out, so will the humidity.  Esta and I just finished cleaning the oven.  It doesn't look much different, considering it is 10 years old.  But my old lady oven keeps on baking my bread perfectly, so I can't justify replacing her.

Mama Raymond is here to do the girls' hair today.  Dora is on, Lily is sitting patiently, and Mama Raymond just took a break to pull an enormous breast out of her shirt and feed her baby.  No one in this house blinks an eyelash at that.

Pretzel rolls are rising on the counter. Josiah is outside with Paul, our gardener, who is roaring him around the yard in the wheelbarrow in the rain.  I just wrote an article for the HOPAC newsletter on how if we want our kids to unplug from media, then maybe we as parents need to do so as well.  And now I am on my laptop, blogging.  Ha.

I have lots of posts in my head, but they are all frivilous and will probably go in the "Interesting and Amusing in My Daily Life" category.  But my camera is broken (a new one is coming) and I am afraid of using Gil's big ol' honkin' one.

Plus, I just don't feel very frivilous right now.  It's been a hard week.

You know those weeks?  It's not like anything tragic happened; just a whole lot of little sorrows and frustrations and hurts that build up until they spill over all at once and you become a blubbering mess.  I think I shocked my poor husband, because I am only very rarely like that.

But this Mommy thing is hard, you know?  And you know that it requires sacrifice, but sometimes it seems like you can't give away anything else.  And then you find that you do it anyway.  And you are tired of feeling guilty and tired of picking up one more toy and just tired.

And sometimes, I'm tired of Africa too.  But here I am.

But today is a new day and God's grace is always sufficient and Heaven will be much, much better.   Pretzel rolls really help too.
Posted by Amy Medina at 12:33 PM 5 comments:

Email ThisBlogThis!Share to TwitterShare to FacebookShare to Pinterest
Labels: Lessons and Musings, Life in Tanzania

The position has been filled.

That's what the email said from our human resources team.

I should be happy, I guess.  This is what we have prayed for.  When we told HOPAC that next year would be our last, we prayed that God would bring a replacement soon enough to overlap with us for at least a few months.  And so this new chaplain is scheduled to arrive next January.  Answered prayer.

And I should be happy, I guess, because we read this guy's resume and Gil participated in the Skype interview and we like him.  Also answered prayer.

But instead, I cried when I read it.  Because it forces me to face the reality that in 18 months,

This place that has been all our thoughts and all our prayers and our life and breath and sweat for 10 years, will be over.  And in a few years, it will be a distant memory.

Hopefully, hopefully, not too distant, because our plan is to join a team in Dar that is training local pastors.  Which would mean that our kids will go to HOPAC and I will be a HOPAC mom who volunteers in the library and is the room mom and brings in treats on Fridays.

It won't be the same, of course, because right now our whole life is this place and we get to make decisions and give our opinions and build the foundations.  We know the names of almost every student and have watched them grow from 5 to 15.

And I love this school with my very soul.

But it is time; Gil and I both know it. And so we listen. 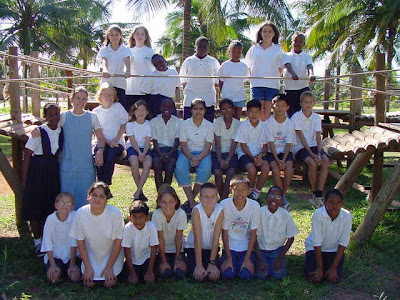 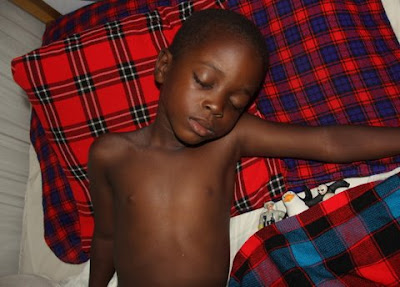 Who says boys can't be nurturing?
Posted by Amy Medina at 5:01 PM 2 comments:

Email ThisBlogThis!Share to TwitterShare to FacebookShare to Pinterest
Labels: Josiah 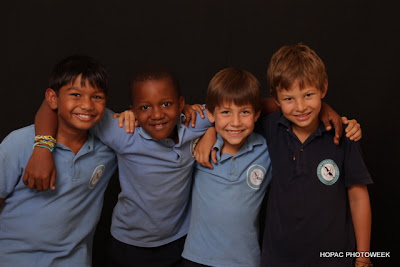 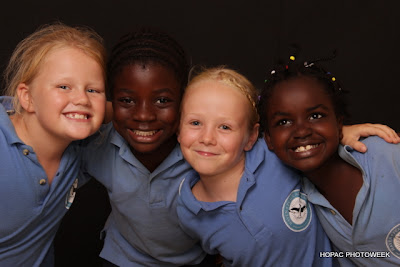 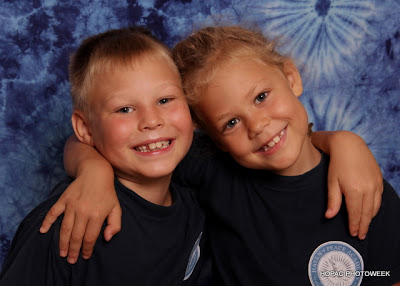 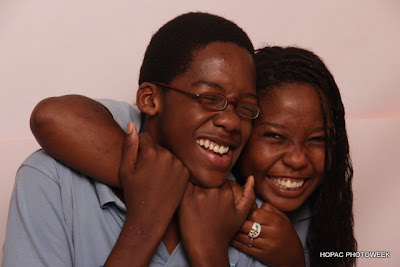 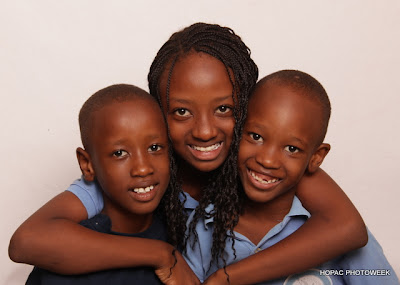 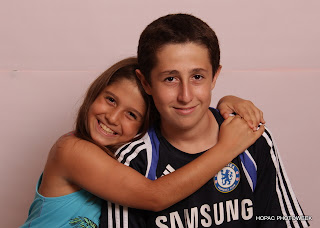 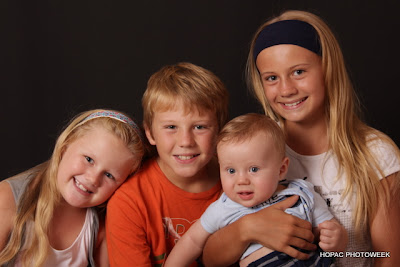 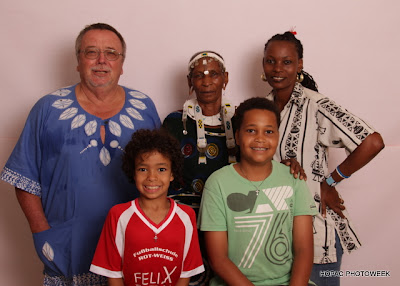 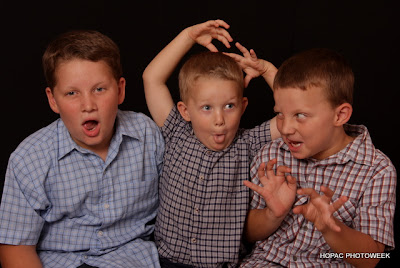 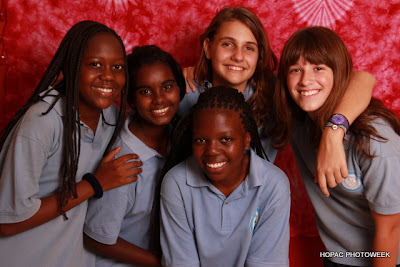 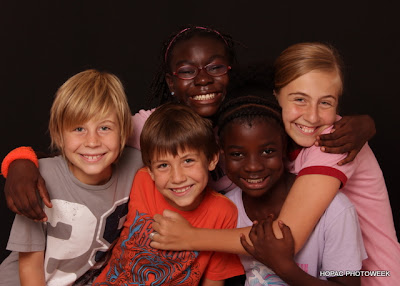 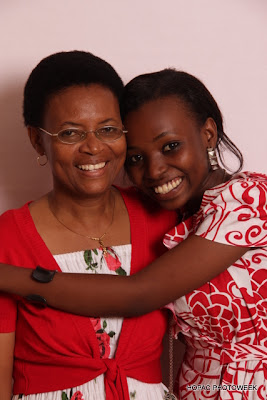 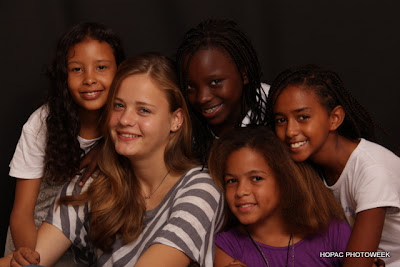 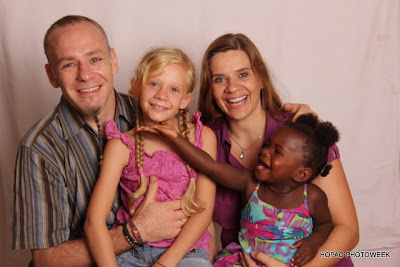 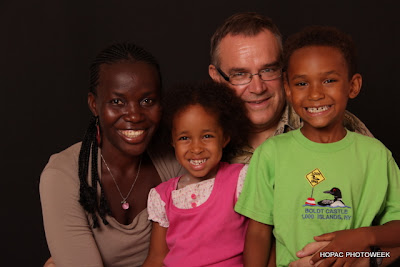 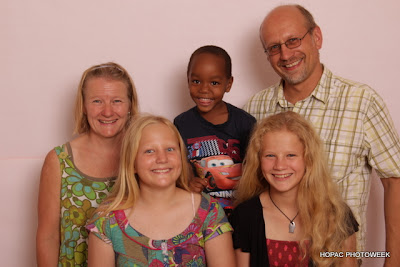 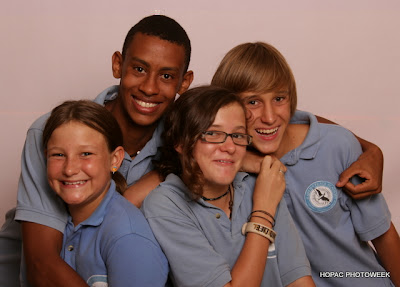 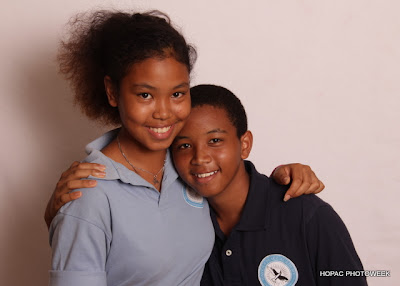 Email ThisBlogThis!Share to TwitterShare to FacebookShare to Pinterest
Labels: Haven of Peace Academy, My Favorite Person 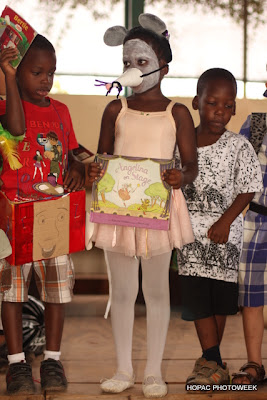 I need to give credit where credit is due....I helped come up with Angelina idea, but the costume was all about Gil.  I tend to be a bit paralyzed in these situations without a Michael's or JoAnn's or at least a Walmart.  But Daddy....Daddy can take a toothpick or an old toothbrush and make a costume.  Or a bomb.  Either one.  He's the creative one in the family. 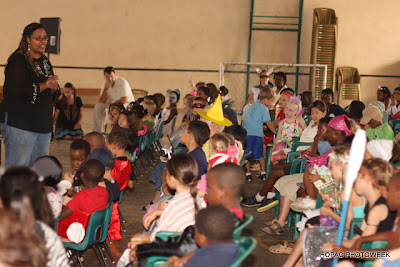 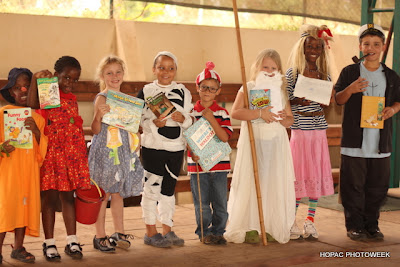 I've been a little depressed when I think about adoption.  Grieving a bit over James.  Frustrated with the Tanzanian system, not just for me but also for good friends.  And unmotivated about the future.

We have always known that we would pursue international adoption should the door close in Tanzania.  We thought that might happen after #2, so I started some research back then.  But after Lily, we had no reason to believe that we wouldn't eventually bring home #4 from Tanzania.  Until January.  As you already know.

And I also knew that international adoption takes time.  A lot of time.  So if we want #4 anytime soon, I would need to get cracking on it.  And I did a little.  Here and there.  Asking some questions, making some inquiries.

But I was not motivated at all.  Depressed with the system.  Not feeling particularly excited about any other country.  And not even wanting to think about the time...and the money....that we would invest.

And I knew that one of our biggest hurdles would be the homestudy.  We had already learned the hard way that there is no one in Tanzania who is qualified to do a homestudy for an American agency.  So that meant our only option would be to fly a social worker out here, from the States, to do a homestudy.  I didn't even want to think about it.  I didn't even know where to begin finding that person.  And I didn't want to think about how much it would cost.

But I've been praying for direction.  Show me the next step, I asked.  Not really knowing what to do.  Or what to expect.

It all started with a phone call.  A friend asking me, "Do you know where to buy smoke detectors?"

She was not overly concerned about fire safety.  No, she wanted smoke detectors because her family is pursuing international adoption.  And she had just found out that an American social worker would be in town in just three days to do a homestudy for someone else.

I asked her if I could contact this social worker as well.  She gave me the info.

So on Friday I emailed the guy.  He told me that he was arriving Sunday evening and leaving Tuesday morning.  Barely enough time to do two homestudies, let alone three.  But he asked if we would like to meet with him while he was here.  Yes!  Of course.

So last night, we took him out to dinner.  He's from an American, Hague-licensed agency.  He's done dozens of homestudies for missionaries living abroad.

And they are starting a new program in Uganda.  Our country of choice.

We got lots of questions answered, and figured that would be it.  I figured that maybe we could catch him on his next trip to Africa to do our homestudy.

But then he said it:

"You know, if I could come to your house and get some information, then if you decide to move foward with this, we could complete the rest of the homestudy over Skype."

But we wouldn't have any time to get our house "homestudy ready."  I asked him what we would need in our house to pass the inspection.

He told us:  Smoke detectors in every bedroom and the kitchen, and a fire extinguisher in the kitchen.

Guess what our house came with when we moved in?  Smoke detectors in every bedroom and the kitchen, and a fire extinguisher in the kitchen.

From previous renters, or someone.  And if you don't live in Tanzania, you can't understand this significance.  Not only do houses hardly ever have smoke detectors in them, it's extremely hard to even find them in a store to buy them.  When we moved into this house over two years ago, I remember thinking that a previous renter must have been paranoid about fire.  Because you just don't see these things.

Sometime, years ago, before we even moved into this house, God made our house "homestudy ready."  So that when He decided to bring us a social worker, but no time to do anything to get ready, all we would have to do is nothing.

I had been praying for direction.

There you go, God said.

And He dropped a homestudy into our laps.