Recently an electrician (who is also our good friend) was working on our fuse box.

I was in the next room, and suddenly I heard him cry out in pain.  Thinking he had shocked himself, I quickly asked him what was wrong.

He chuckled a bit.  He held out both his hands for me to see.  One was dramatically more swollen than the other.

Our friend is a leader in his church.  He's in his late 30's, and he's a strong guy.  "Well, in church on Sunday, there was this woman with a lot of problems," he explained.  "She had a demon.  Before I knew it, she pushed back my hand so hard that it swelled up like this."  He casually added, "It took 5 men to hold her down."  Three days later, his hand was still swollen.

Just an ordinary Sunday in a Tanzanian church.  Our friend isn't even Pentecostal.

A couple of weeks ago, Gil went to a football game at the national stadium with one of our former students.  The game was between two rival club teams, and almost all of the 60,000 seats were filled.  Tension was high.  This game was a very big deal.

The buzz was that a lot of witchcraft had been performed before this game.  And, apparently, during the game.  This is not a team mascot or an over-zealous fan.  This is a witchdoctor. 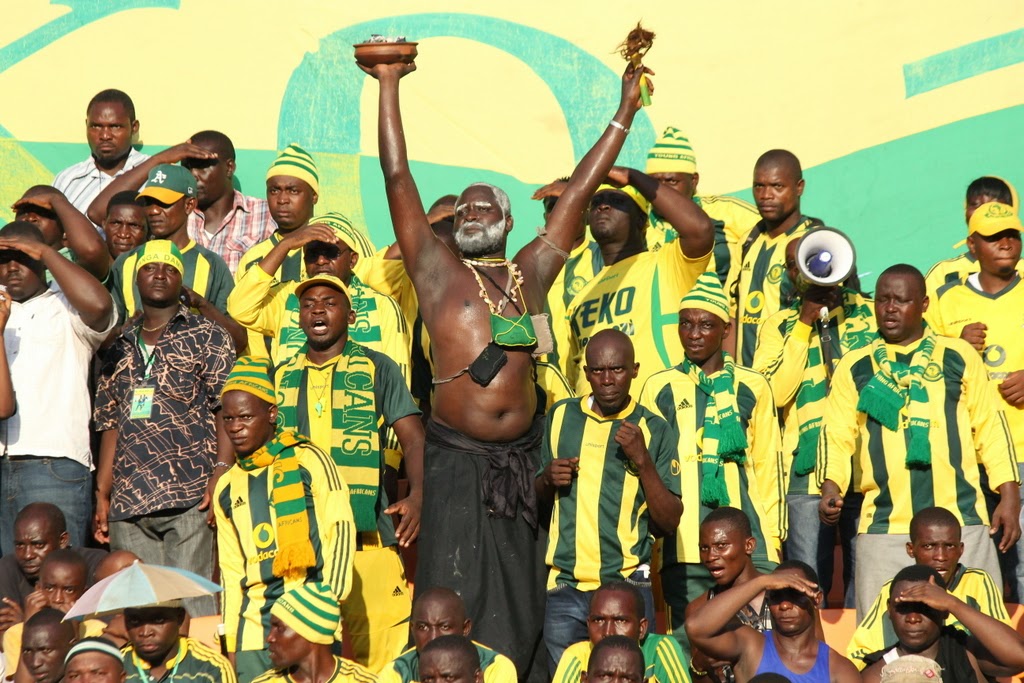 The teams took this very seriously.  One team was so nervous about this that they made a large banner for protection--their own talisman.  The goal keeper tried to hang it in his goal until the officials made him take it down. 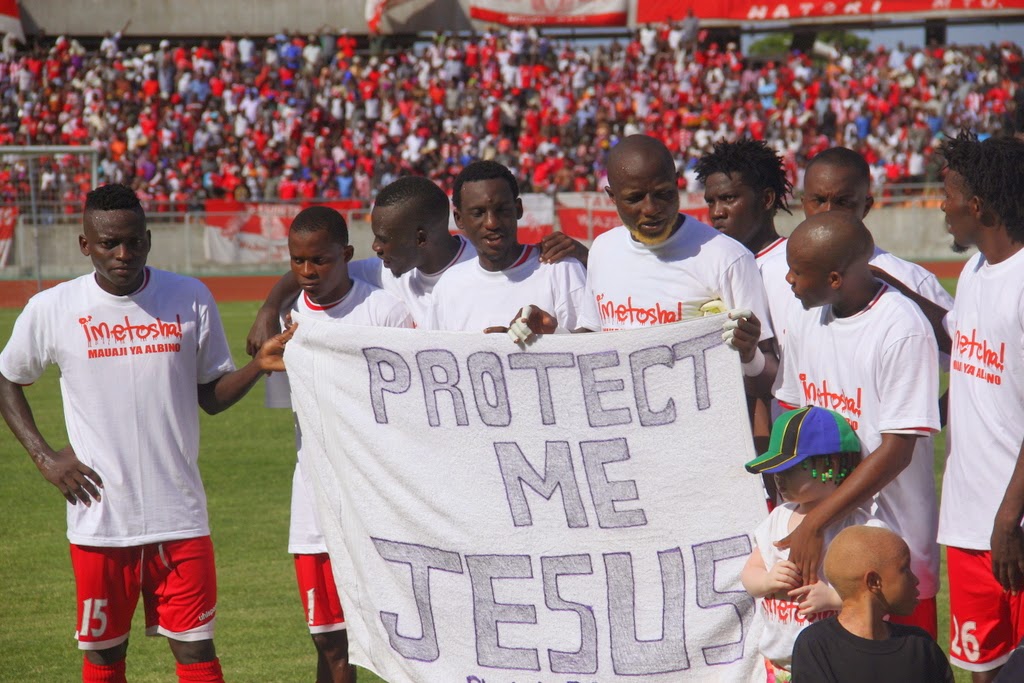 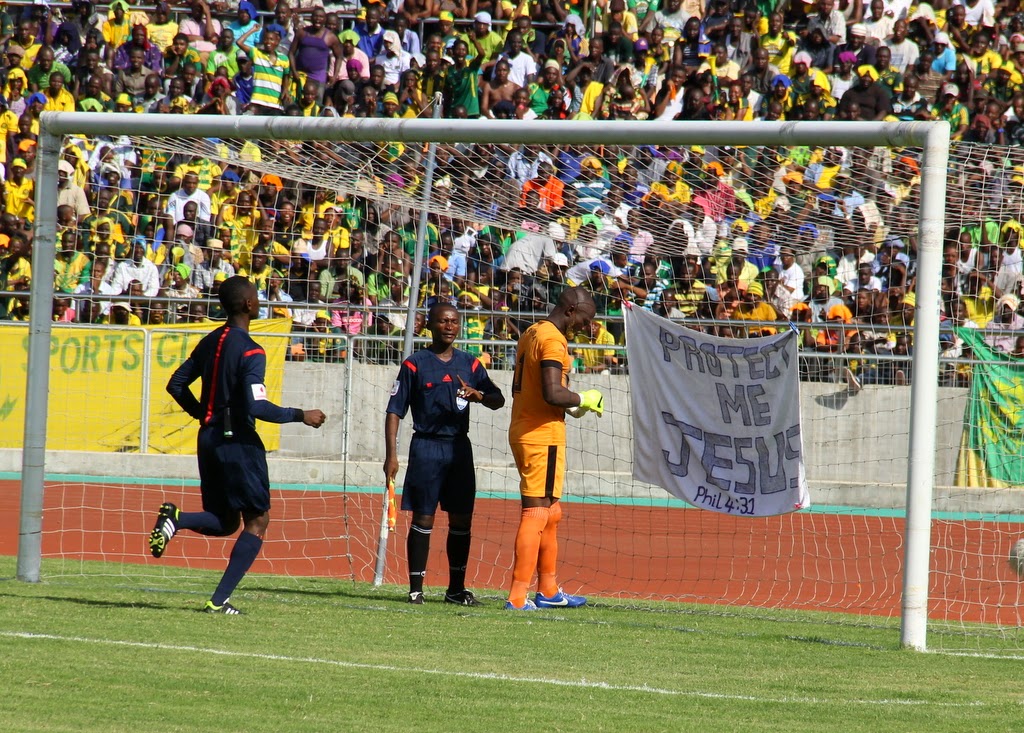 So what do we do with this notion that there are supernatural spirits out there who can influence a person's health, a person's safety, or even the outcome of a football game?  That these spirits can inhabit a person's body and make her stronger than 5 grown men?

For those of us from the western world, fully indoctrinated in empiricism and rationalism, we simply don't know what to make of this.  I'm from the "non-charismatic" side of Christianity.  I also am, by nature, an extremely skeptical person. So....are we going to claim that it's all in their heads?  That this is all a joke?  That they just need to be educated?

Spend a few years in Africa, and even the most rational among you may be convinced otherwise.

Meet our friends Mark and Alyssa, who had 17 snakes appear in their house, out of nowhere.  Or spend some time at an African mission hospital, where they have "prayer doctors" for those patients who are ill with sicknesses that defy modern medicine.  Or talk to our friend "Mary," who lost two sons at exactly 9 months old for unknown reasons, until she renounced her witchdoctor mother and turned to Jesus.  Or meet a Tanzanian albino, who daily fears for his life because (wealthy, educated) people are willing to pay thousands of dollars for his body parts.

In the same way, you can't understand American culture until you understand that we are equally locked in empiricism and rationalism.  Seeing is believing.  Nothing is fact unless it can be proved by "science."  Anything else is shoved up in the category of "values" and is therefore personal, irrational, and undependable.  This is the very philosophy that seeks to destroy Christianity in America.  But haven't we, as Christians, even allowed it to seep into our own thinking?  Sure, Satan is real.  Demons are real.  But they aren't actually going to manifest themselves, right?

Let us learn from one another.  And remember that our struggle is not against flesh and blood.

Email ThisBlogThis!Share to TwitterShare to FacebookShare to Pinterest
Labels: Africa and Worldview