Dear Mom and Dad, If I Suffered, It Was Worth It 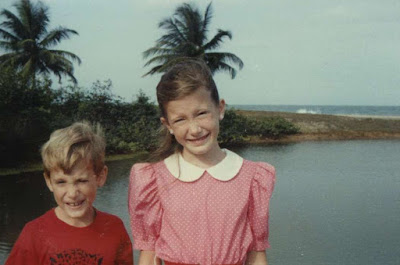 Last week I read an article called "Should the Children Suffer?"  It's about a missionary father's struggle to trust God with the suffering his children are experiencing on the mission field.

In 1982, you took my younger brother and me to west Africa.  In the months preceding that move, I remember listening to you and my Gram--your mother--weeping loudly as you tried to get her to understand that decision.  Gram was not only devastated, she was angry.  And she even threatened to hire a lawyer to try to get custody of Paul and me.  Another grandparent fretted out loud over our deprived childhoods.

Some people would probably say that Paul and I suffered.

Paul got Hepatitis in Liberia. I got amoebic dysentery in Kenya.  Once we found a green mamba in our garage.  Twice, we lost almost all of our possessions due to war and evacuation.  In Ethiopia in 1991, there wasn't much to eat.  We never went hungry, but we all got skinnier.  I went to boarding school at age 13.   Before college, I attended six different schools in four different countries.  I made friends and lost them more times than I could count.  I grew up never really knowing my cousins.  When we finally moved back to the States, Paul was bullied.  I was weird.  We were completely oblivious to styles and trends and TV shows.  I struggled deeply to figure out where I belonged.


Was it a mistake to take us to Africa?

But then I think of those times in Liberia, Dad, when you would put me barefoot on the back of your motorcycle, and the ocean breeze would whip my hair as the sun set over the Atlantic.  We would pick up the mail and then stop by our favorite beach spot and collect shells. 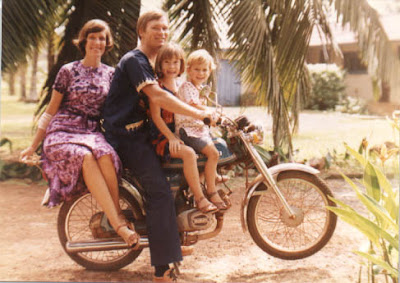 I think of the times my friends and I would take the canoe out into the swamp, the fear of leeches and crocodiles keeping us out of the water, but we would prance across the spidery roots of the mangrove trees.  There are the memories of that time that the millions of baby crabs hatched, or the bright blue jellyfish that would wash ashore every July, or sitting in the hammock on our front porch and watching the lightning hit the ocean.


Denmark, Australia, and Lebanon became real to me because my school friends came from those places. Leprosy and malaria were real, because I saw them too.  I witnessed the devastation of war.  I played with a little boy whose family ate frogs from the swamp when they ran out of food.  I encountered a little girl with a huge abscessed eye, begging outside of the supermarket.  I may have been sheltered from Michael Jackson, but I was not sheltered from the reality of life.


By nature, I was cautious, timid, and not at all adventurous.  But this life you chose forced me to become brave.  Airplanes, head scarves, foreign accents, large bugs....all lost their strangeness and scariness.  International travel became routine.  The world would no longer intimidate me.

Scores of missionaries and Africans poured their love and their lives into mine.  I experienced the joy that comes from sacrifice.  Together our family learned what it meant to trust God.  I tasted and saw that Jesus was not just for America.

So yes, Mom and Dad.  There was stress, and there was fear, and there was so much loss.  You could call that suffering.  But the formation of my heart, the richness of that life, and the indestructible joy....make the suffering feel small.
I know you didn't make the choice to move to Africa because of Paul and me.  In fact, you made it despite us.  Like the author of that article, you chose to trust our safety and well-being to a Father who knows all about sacrificing his Son.  But in the end, it was the very best choice you could have made for your children.  I'm so glad you did. 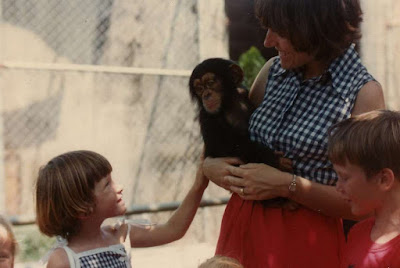 Email ThisBlogThis!Share to TwitterShare to FacebookShare to Pinterest
Labels: Growing up in Africa, Liberia