Part 7: Is There Hope in This Mess We've Made?

Start here:
Part 1:  The Evidence
Part 2:  Where Did We Go Wrong?
Part 3:  The Horror That is Called Child Harvesting
Part 4:  Pure Religion is to Look After Orphans (and Widows?)
Part 5:  God Told Me To...Or Maybe He Didn't
Part 6:  What About the Children Who Really Do Need Adoption? 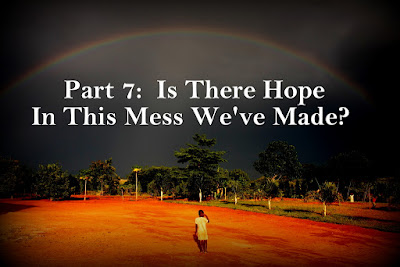 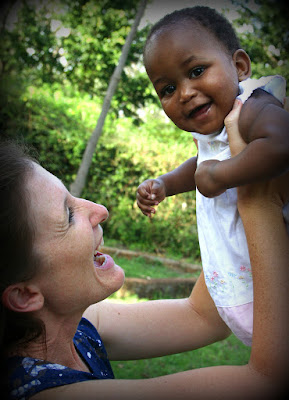 A few years ago, we began the process to adopt a child from Ethiopia.  We did the homestudy; we filled in the ridiculous amount of paperwork and spent a ridiculous amount of money; we went through the on-line training.  We requested a healthy baby or toddler boy.  Our dossier was sent to Ethiopia....and then in the wake of the huge adoption slowdown in that country, our agency lost its license.  Eventually, for a number of reasons, we gave up.


I've thought about that experience a lot as I have been doing this research, and how close we came to being directly involved with everything I read about.

A friend recently shared with me the story of her adopted daughter from Ethiopia, who is now an adult.  She was adopted as a small child, and their agency told them that their daughter's family was untraceable.  Yet a few years later through a big coincidence, she and her husband were able to track down their daughter's birth family in Ethiopia, and get into contact with them.

What they found out forever changed their perspective on international adoption.  They discovered that their daughter was indeed an orphan, but was being raised by an aunt and uncle who loved her and her older brother.  One day, social workers came to their village.  They rounded up all the babies and small children who were orphaned or impoverished, and told the families that they would be better cared for in an orphanage.  This little girl was one of these children; they left the older brother behind.  The social workers only wanted the small ones.  In fact, though the birth family knew the child's exact birthday and that she was five years old, the adoptive family was told she was three.

The children were taken to an orphanage, and without the knowledge of the families, quickly put up for adoption.  The aunt and uncle said that they tried and tried to get in touch with the orphanage or the social workers, but could never find out anything about their niece.  After enough time, they assumed the little girl was dead.  They heard nothing more until the day a few years later when my friend--the adoptive mom--was able to contact them.

Eventually, the adoptive family took their daughter to Ethiopia to meet her biological family.  The family was thrilled that their niece was alive and doing well, and everyone involved is content with the situation.  But the hard reality is that the birth family was never consulted about their niece being adopted, and it might not have even needed to happen.

It's absolutely sickening that something as beautiful as adoption could be high-jacked by people who just want to make a profit--even at the expense of the world's most vulnerable children.

I wish it wasn't true. 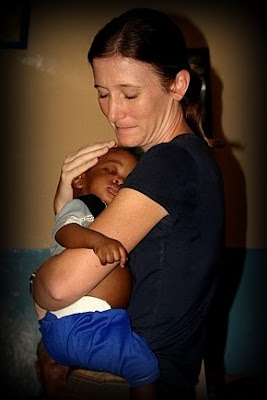 I started out by saying how UNICEF had become enemy.  I even mentioned it a few times in posts on this blog.  But I get it now.  I still strongly disagree with some of their philosophies, but I get why they encouraged Tanzania to tighten up on their adoption regulations.  I get why they say that non-citizens should be residents for three years before they can adopt.  Because until Tanzania is ready to implement the Hague convention, the only way they can protect their children is by shutting out international adoption.

I think back ten years ago, to the time when we went to pick up Grace from her orphanage.  The room was filled with beautiful, healthy babies, yet Grace was the only one who was eligible for adoption.  The rest had locatable family members, and the hope was that someday they would be reunited.  However, I wonder what would have happened to those babies if money was infused into the adoption system, but with no regulation?  If the orphanage suddenly found itself receiving mandatory "donations" for every child adopted?  If the lawyers found themselves with regular, lucrative work, and the social workers were benefiting under the table?  Assuming history would repeat itself in Tanzania, then all of a sudden those "unadoptable" babies would lose their paperwork.  The motivation to reunite families would be gone.  And when those babies were "used up," more would be found.  After all, there's got to be a supply to fill the demand.  And that's why I'm fighting against this in Tanzania. 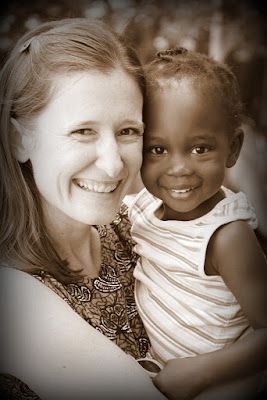 I've always been a proponent of domestic adoption in Africa.  I always thought that it could exist side-by-side with international adoption.  But now I understand that domestic adoption--that mindset, those values, must be in place first, before international adoption can take place.   I pray often that our family sets an example for Tanzanian families that adoption is good and beautiful and possible.  We talk about it in our pastoral training program.  In fact, we currently know two Tanzanian couples who are pursuing adoption right now because of what they saw in our family.  To God be the glory.  I pray that there will be more.  There needs to be more.

So where do we go from here?

This series has gotten more traffic than anything I've ever written on my blog.  Yet I must admit that even though I'm glad the word is getting out, I'm not super excited about it.  I lost a lot of sleep this week.  I hate that I felt compelled to write about this.  I hate that it's even true.  I hate that it's going to turn off a lot of people towards considering adoption.  I hate that it will make people look suspiciously at the adopted children they know.  I hate that these posts throw a bucket of sludge onto something that should be good and beautiful. 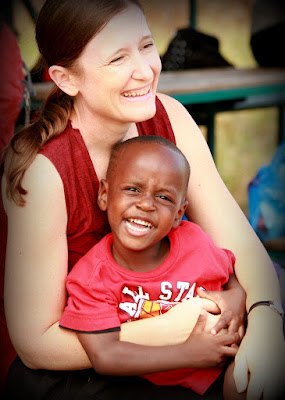 So here is my final plea:

But let's work harder not to screw it up in the first place.  I've always been an advocate for adoption, but I've also been an advocate for poverty alleviation that helps and doesn't hurt.  Before this journey, I never thought about the connection between those two passions.  Now I get it.

I wish it was simple.  Adoption should be, shouldn't it?  You want to help a child; there's a child who needs your help.  Why should that be so complicated?  We must remember that even in the best intentions, sin is there.  Even in the purest form of worship, the highest form of service, sin is there.  Any endeavor on this side of heaven is tainted by sin.  And any time we forget that, we give opportunity for that sin to fester and grow.

In everything, we must be on our guard.

Love adoption....but only when there are no other options.

Keep our eyes open.  Listen to the critics.

Trust in God's sovereignty....but refuse to knowingly participate in evil.