Missionaries are Supposed to Suffer....So Am I Allowed to Eat Lobster? 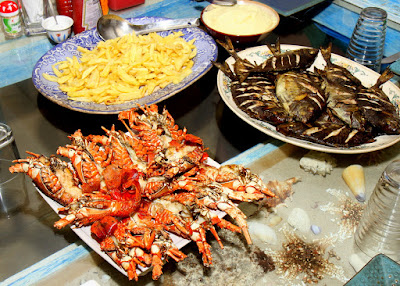 I'm going to let you in on one of missionaries' biggest secrets:  They are terrified to tell you about their vacations.

(Noooooo!!!  I can hear my missionary friends protesting.  Not that!  Write about anything but that!!!)  Sorry friends.  I've got this reputation of revealing to the world what missionaries aren't telling you.

Some of our good friends just went to the States on home assignment.  Their son had just graduated from high school and some of his best friends now live in Europe. Since their flights took them through Europe, they extended their time there to three weeks.  They had a wonderful time, but they made sure to write and explain to their supporters that they stayed with friends the entire time, and never paid for any hotels.

Other missionary friends spent a few weeks in Europe the traditional way, in low-key hotels and touristy sight-seeing.  They had saved up for this trip during their entire marriage and they figured that doing it on their way home from Africa would make good financial sense.  I was excited for my friends and encouraged them to post lots of pictures on Facebook.  "I don't know," my friend told me.  "If we do post pictures, we'll have to only allow certain people to see them.  I'm afraid of what people will think."

Another missionary friend's mother paid for the two of them to take a Mediterranean cruise.  When she told me, she made sure I knew it was top-top secret.  I think only two or three other people ever knew about it--before or after. 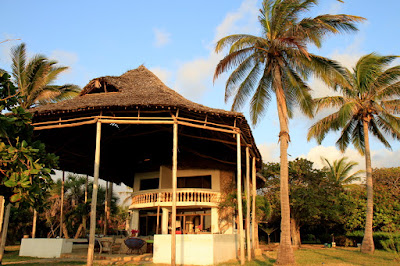 This past weekend, we spent four nights at a beach house about two hours away.  The house is a bit rustic, with no hot water and only solar lighting, but it's beautiful, and perched on the most amazing beach I have ever experienced.  The owner of the house included a seafood dinner for free, with more lobster than we could ever stuff ourselves with.  Eat away, I told my kids.  You might never get it again in your childhood.  This is the kind of place where the beauty and serenity fills your soul and makes you a better person. 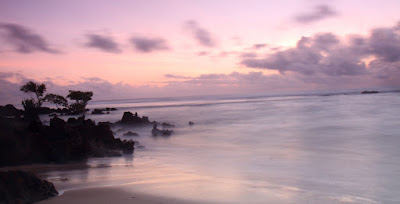 And it costs less than staying at a cheap motel in the States.

See?  I had to throw that in there.

I'll say it again:  Missionaries are terrified to tell you about their vacations.  (Pastors too, just in case you were wondering.)

After all, missionaries are supposed to suffer.  And how dare we raise support from people's sacrificial giving and then use it for a vacation?

The struggle is real, folks.  We are afraid of your criticism or disappointment.  And for good reason, since we've all heard stories of missionaries who lost support as soon as people found out about their vacation.

I understand that this is a tricky issue--because it's a heart issue.  I'm sure there are missionaries who make selfish or unhealthy financial decisions--just like lots of other Christians.  I am all about accountability, and godly priorities, and fighting against our instinct to make comfort or wealth an idol.  But if it's acceptable for other Christians to take vacations, if they are living generously, wisely, and with a heavenly mindset, then why can't missionaries do so as well?

After all, doesn't all of our money belong to God, no matter how we acquire it?

So go out and ask your favorite missionaries to tell you about their vacations.  Assure them that you won't judge.  Be happy for them, just like you would be for your other friends.  Because honestly?  I am excited to share these pictures.  This kind of beach is one of the major perks of living in Tanzania.  We had a wonderful time, and it's fun to share it with you. 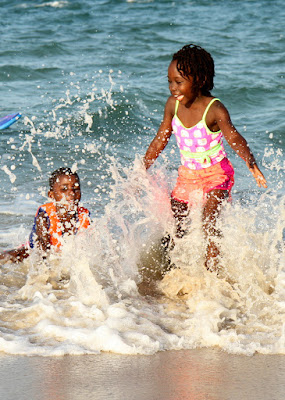 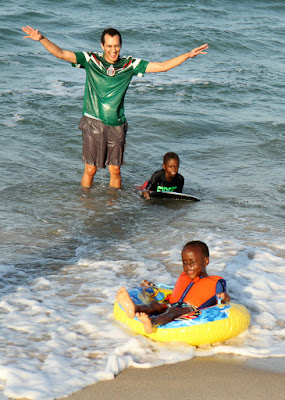 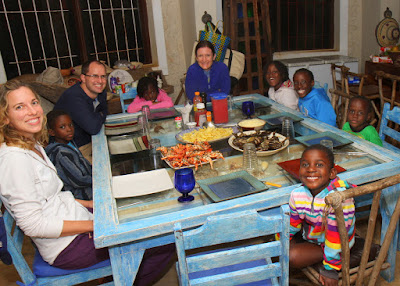 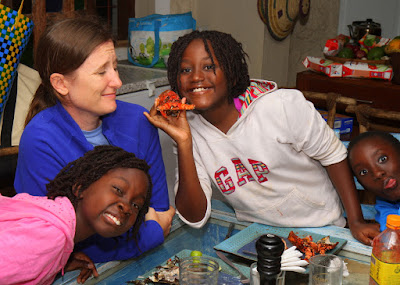 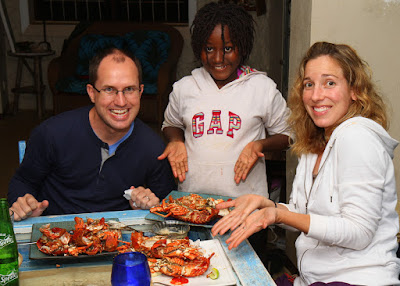 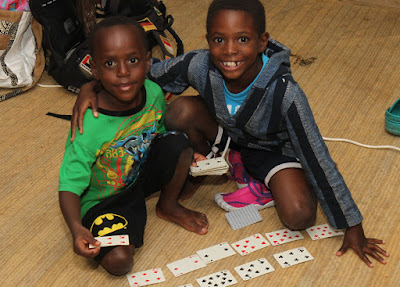 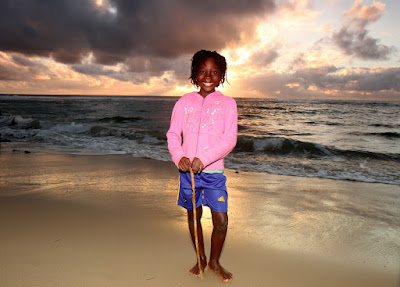 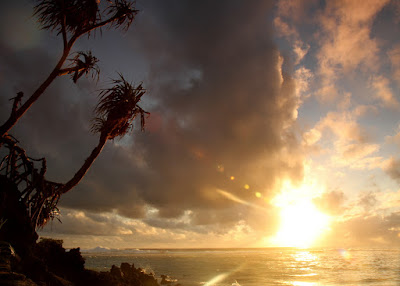 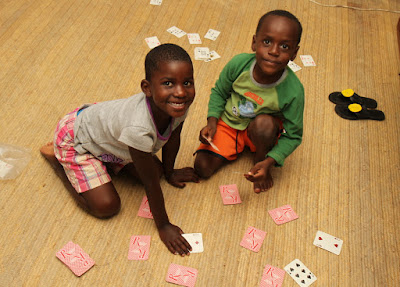 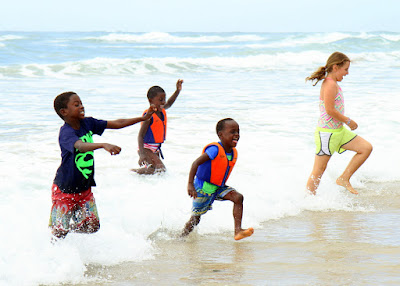 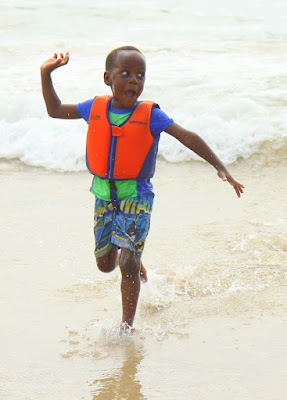 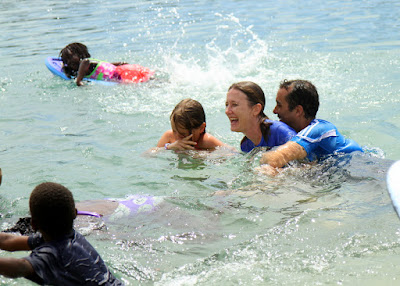 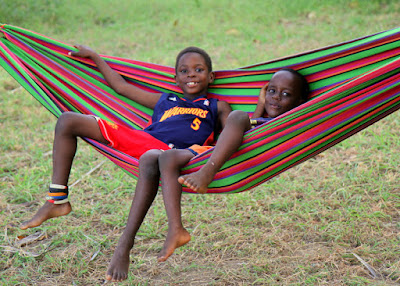 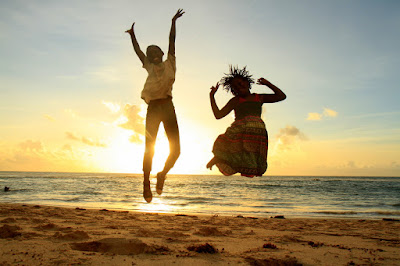 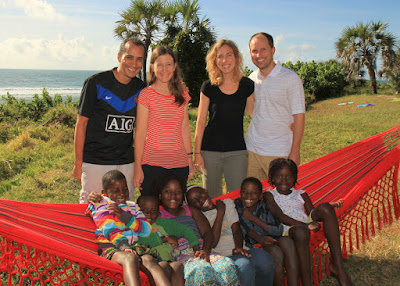 Email ThisBlogThis!Share to TwitterShare to FacebookShare to Pinterest
Labels: Thoughts on Missions, Vacationing