Why I'm Still an Evangelical 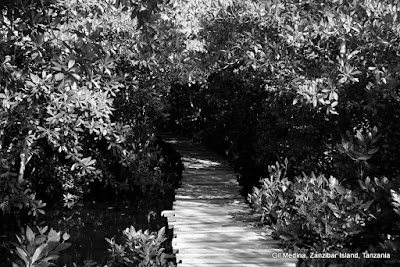 Sometimes I sit inside my head and contemplate how miraculous it is that I exist.

My own consciousness is the most real thing in the universe to me. How utterly extraordinary. I, Amy Medina, didn't exist before the spring of 1976, and then suddenly, I existed. Inside this assortment of blood and bones is a consciousness, an individual person who can think and feel and evaluate.

The more I marvel at my own soul's existence, the more certain I am of God's existence. Something as astonishing as my own consciousness could not have just happened by raw chance. It would only be possible if there was a larger, more powerful, more all-knowing consciousness who existed long before me and separately from me: God.

That's settled for me. But.....who is this God? Can we know him?  Some say no, and are content to live with the unknowing. That's never been me.

Sometimes I wish I didn't think so much, that my mind would just let me rest. Yet I must have answers. And those questions aren't the kind that I answer once and then move on with life. I'm friends with some who are convinced of very different belief systems, and that's unsettling. I hear about leaders abandoning the faith that I have held fast to. I see those who claim to share my beliefs but also are capable of despicable things. I encounter unspeakable evil and suffering. And once again, I question. Who is this God? Can I know him? Does he care?

An evangelical, by common definition, is a Christian who reads the Bible as if it's actually true. This doesn't mean that all evangelicals agree on everything the Bible says, but it does mean that we use it as our foundation of Truth. It's a way of seeing and understanding the world: A worldview.

Unfortunately the term "evangelical" in America has been covered with the muck of politics, which is, actually, unbiblical, since Jesus made it clear that Christians' first allegiance is to the kingdom of God, not the kingdom of man. Also unfortunately, there are always a number of very public "evangelicals" who drag the name through the mud with repulsive acts. (Which, actually, shouldn't surprise us, since as evangelicals, we understand the heinousness of sin.) As a result, many who once called themselves evangelical are abandoning the description. Sometimes they are just dropping the name; sometimes they're dropping the entire belief system.

But I'm sticking with it. Because for now, there's no better way to describe what I believe.

Back to my question: Can we know this God? The Bible says Yes. This doesn't mean, of course, that the Bible is without complications. Some parts of it are really hard to understand. Some parts are downright disturbing. But when taken as a big picture, the Bible is a comprehensive narrative of the history of the universe. The story of reality. It answers all of life's biggest questions, the ones we all must grapple with: Where did we come from? Why is everything so broken? And what hope is there of fixing it?

The longer I live, the more I experience of life, the more I study this extraordinary book, the more it makes sense. The more it resonates with what I actually see in the world. That doesn't mean that I don't still have doubts. It doesn't mean that I'm still not disturbed by some of what I read or see. But if this life is a jigsaw puzzle of disjointed and often contradictory pieces of information, the Bible has helped me to sort them out, lay them in lines, and fit them together. And the further I walk down this road, the more pieces snap into place.

In the book of John, chapter 6, there's a turning point in Jesus' ministry. He talked about how following him meant a complete, wholehearted, dependence on him for life and salvation--as dependent as we are on food. Many of his followers were offended. "On hearing this, many of his disciples said, 'This is a hard teaching. Who can accept it?"

And then: "From this time many of his disciples turned back and no longer followed him. 'You do not want to leave too, do you?' Jesus asked the Twelve.

Simon Peter answered him, 'Lord, to whom shall we go? You have the words of eternal life. We have come to believe and know that you are the Holy One of God."

I see myself there, grumbling: Why should I trust you, God? Why should I submit myself to Christ's authority? I can't comprehend why you let that happen, why you put that passage in the Bible, why you allow so much suffering, why you won't answer this prayer, why that person walked away.

Yet over and over again, I come back to Peter's response. Where else would I go? And it's not because this was how I was raised, or I am afraid of what people will think, or this is what is comfortable. I believe because there is no where else to go. Again and again, I explore other belief systems. Again and again, I ask myself the hard questions. And again I am convinced: This is the Truth. What the Bible teaches is Truer Truth than any other belief system I have encountered.

I don't say this arrogantly, because my faith has wavered more times than I care to admit. I'm like the father who cried, "I believe; help me overcome my unbelief!" while begging God to show up. But I say it as one whose life has been transformed by the truth found in the Bible, and I encourage others to consider it. I am simply a beggar telling another beggar where to find bread.* 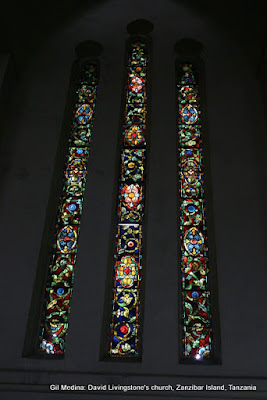 Email ThisBlogThis!Share to TwitterShare to FacebookShare to Pinterest
Labels: The Motivation for Everything, Why I'm Evangelical

This was such a beautiful post. You put the words on paper that I have felt in my heart. Thank you.

Such a great article. Thank you for sharing. The main question that I have, especially after reading this, is:

Can you find value in life without acknowledging a Creator?
Is there really NO moral system without the authority of Scripture?

I have heard some very compelling arguments from Christians outside of evangelical circles and I think this is one area where we (Evangelicals) are still living out of fear of being wrong. I have several friends that I would consider "morally sound" but they do not acknowledge a personal Creator.

That is an excellent question and I am glad you brought it up!

Yes, I absolutely agree that atheists can live moral lives, sometimes more moral than "Christians!" And there are many non-believers who care for the "least of these"--poor, orphaned, disabled--cast-offs of society. So they certainly show they value human life.

However, I would argue that when non-believers (non-Theists, in particular) do so, they are "borrowing" from a biblical worldview--or at least, a theist worldview. In a truly materialistic worldview, there is no inherent value in human life. We are all just rearranged chemicals, no more valuable than a mosquito or a parasite. There's no ultimate purpose for humanity. There also is no moral system (other than, perhaps, survival of the fittest) because "right" and "wrong" are concepts that don't exist in an accidental universe. We can make up the rules, but that's just it--they are pretend, and therefore, constantly shifting.

Thank you for the thoughtful response, Amy! I certainly agree with your "borrowing" perspective; and that is typically what I'll bring up in discussion with my friends. It makes me wonder how eternity will look for people that model their lives like Christians, but do not proclaim Jesus as their Lord and Savior -- compared to people that DO believe in Jesus yet they do not live like it. Very thought-provoking. Thank you!

Evermore give us this our daily bread. "I believe, help my unbelief has been an encouraging verse over the years. Thanks for your candor. This resonates with me.