If you were Mary and I was Martha, I would totally be ticked off at you.

I am all about getting the job done. Meet the deadline. Before the deadline, preferably. Do your duty. Follow the rules. Don't procrastinate. Fix the problem. A job isn't worth doing unless it's done well.

Some people seek thrills by jumping out of planes or riding roller coasters. I get dopamine hits from crossing things off of lists.

This makes me an excellent employee. A pretty good principal. A mom whose is not very fun, but whose kids' teeth are brushed and bellies are fully of vegetables. A Christian who reads her Bible just about every day.....but will often choose the task that needs her instead of the person who needs her.

I hate sitting back and waiting when there's something productive that can be done. Which means that I am right smack dab in the middle of a point in life that is driving me crazy. Oh, don't get me wrong--I am plenty busy. The problem is that just about every aspect of my future is an unknown right now. Five months from now, I will be jobless and homeless. Five stinkin' months, People. This is not okay with me.

I can't visualize where I will be and what I will be doing and what will be happening with my children because I don't know. And I can't know. Though Gil and I are dutifully researching and making inquiries and sending resumes, there's not a lot of places--especially schools--that hire people eight months out.

Which means I have to wait. I hate waiting. I'd rather seize control of my life and get the job done. Make a plan. Get all the things crossed off my list. Come on, let's get moving here!

As Jesus as and his disciples were on their way, he came to a village where a woman named Martha opened her home to him. She had a sister called Mary, who sat at the Lord's feet listening to what he said. But Martha was distracted by all the preparations that had to be made. She came to him and asked, "Lord, don't you care that my sister has left me to do the work by myself? Tell her to help me!"

"Martha, Martha," the Lord answered, "you are worried and upset about many things, but few things are needed--or indeed only one. Mary has chosen what is better, and it will not be taken away from her."

In my case, instead of complaining about my sister, I'm complaining about my God. Come on, God, get it together! We're working hard here, trying to figure out our life. We're ready for an answer, a plan. Our lives are dedicated to you, after all. We're all about serving you. So why aren't you helping us?

Sheesh. It sounds bad when I put it that way.

Martha was distracted by all the preparations that had to be made.

Distracted. All of my planning and hard work and productivity are just distractions? Seriously? I'm not feeling very affirmed here, God.

Recently, in the midst of my impatience with the lack of control I have over my future, a hymn came to me from my childhood. I most certainly was bored with this one as a kid, with its thys and thines and slow plodding cadence. But it lodged in my brain and now? I bring it to mind almost every day.

You know what I found out? The writer of that hymn, Adelaide Pollard, wrote those words while frustrated by her attempts to raise support to be a missionary in Africa. How do you like that?

Yielded and still. Were you a Martha, Adelaide? Because waiting while "yielded and still" sounds like a pretty good goal for me right now. I'll add it to my list.

What Your Grandmother's Piano Had to Do With Slavery in Zanzibar

In Victorian America, having a piano in your home was a sign of being cultured, sophisticated, and educated. Ironically, the story behind those pianos was one of slavery, oppression, and death.

Just over 100 years ago, there existed a unique connection between Victorian New England and Zanzibar, which is a large inhabited island just off the coast of what is now known as Tanzania. America wanted ivory. Africa had elephants. And the port where thousands of tusks funneled through was on the island of Zanzibar.

Most of that ivory ended up in Connecticut, at a manufacturing village appropriately called "Ivoryton," which milled an estimated 100,000 elephant tusks before 1929. At the industry's height, over 350,000 pianos were sold each year. (2)

I've lived in Tanzania for sixteen years, and visited Zanzibar many times, and I never knew this until I recently explored the new museum attached to David Livingstone's church. I knew that Zanzibar was home to a massive slave industry in the 19th century; I knew that missionary David Livingstone was instrumental in ending that slave trade. Many times, I have visited the church he had built on the site of the slave market, with the altar placed strategically on the spot where slaves had been tied up and whipped.

But all this time, I didn't know there was a connection between East African slavery and America, because most American slaves came from West Africa. (East African slaves were usually sent to Arab countries and colonial British plantations.) Yet the Connecticut ivory industry fueled a large part of East African slavery. Each of those 100 pound tusks had to be carried, by hand, for hundreds of miles from the African interior. The journey was so grueling, and the slave drivers so cruel, that David Livingstone once estimated that 5 slaves died for every tusk.

We all know about slaves coming out of Africa. What I have also recently learned, both through reading about the rubber trade in Congo and now the ivory trade in Tanzania, was that hundreds of thousands of Africans were enslaved in their own homeland. Though it is certainly fair to say that most of these people were captured, owned, and sold by their fellow Africans, it was the the insatiable desire for Africa's resources by Europeans and Americans that fueled the demand for doing business in human souls.

I imagine early 20th century Americans, gathering around their new pianos in their prim and proper Victorian parlors, gaily singing Christmas carols while the snow silently falls outside. It's the quintessential American picture, is it not?

Yet what was the cost of that picture-perfect scene? I haven't mentioned the mass destruction and near extinction of African elephants--which is a tragedy in and of itself. But even more tragic was that those pianos were built on the backs of suffering and death of countless African men, women, and children.

Did average Americans know this at the time? Probably not. But thinking about this tragedy made me contemplate what this generation of Americans does know. We've all heard the reports, right? Our cocoa and coffee harvested by children in developing countries, the profit from the tantalum in our cell phones used to fuel civil wars in Africa, designer clothes created by near-slave-like conditions in Bangladesh or India. So many of the comforts around us were built on the backs of someone else's suffering.

What do we do about it? I hear you asking. And honestly, I don't know. The problem is incredibly complicated. I don't have answers.

Yet, knowing these things is still good for our souls. This knowledge should humble us, convict us, make us wiser. It should help us to be more careful in what we buy. More aware. More generous. More grateful. 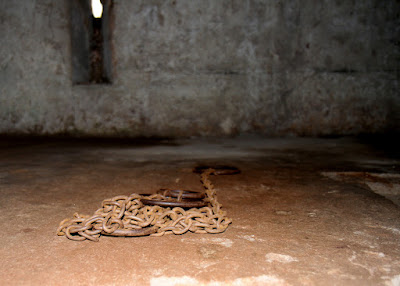 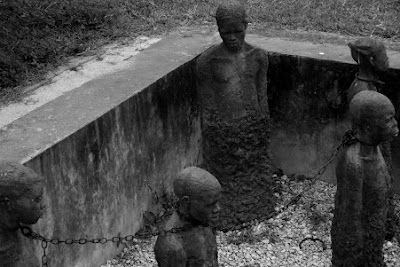 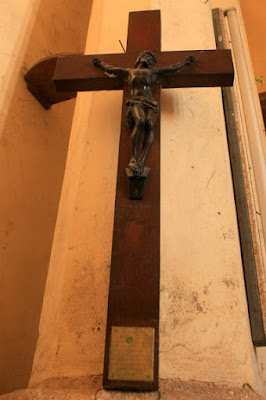 My sources for this article came from the museum at Livingstone's church, as well as these two sites:
(1) Connecticut Explored: Ivoryton
(2) Ivory Cutting: The Rise and Decline of a Connecticut Industry

All pictures by Gil Medina.

Email ThisBlogThis!Share to TwitterShare to FacebookShare to Pinterest
Labels: America and Worldview, Living With (But Not In) Poverty

On December 31st, I sat with my eldest daughter on a perfect tropical beach on the magical island of Zanzibar. We watched her dad and siblings heaving sand balls at each other made with famous white Zanzibari sand, so powder-fine that it has the silkiness of clay.

"You know, this time next year, we could be in the snow," I told her. She looked at me in shock. "Sure," I said, "Hopefully we won't be living in it, but we might be close enough to visit it."

We sat together with our feet in the warm sand and listened to the breeze rustling the palm fronds and let that sink in. A year from now, everything will be different.

In the next six months, we will sell or give away all of our earthly possessions except which fits into several suitcases. Every piece of furniture, our dishes, our car, our dogs. We will say goodbye to people we have known for almost 20 years and roads and beaches and restaurants that have become familiar and routine and ordinary. We will land in a new city where we've never lived before and start new jobs and schools. We will find a new church and new grocery stores and clothes that keep us warm instead of cool. We will buy a house and cars and an entire household of furniture.

Everything--everything will be different. I won't fall asleep to those eerily chanting night-birds; I won't wake up to roosters. The Call to Prayer won't be a part of my background noise. All of the electricity coming into my house will be normal and I won't need to buy an extra long extension cord, just so that I can find the one outlet in the house that happens to be getting enough electricity to power the fridge today. I won't smell burning trash; I won't associate piles of roadside pineapples with Christmas; I won't need to strain yogurt to make cottage cheese. I won't ride in three-wheeled Bajaj rickshaws; I won't hang clothes out to dry; I won't speak Swahili. I won't visit a tropical island on Christmas vacation.

It's more than just moving to a new place. It's like leaving life on one planet and boarding a spaceship for another.

For a while I've had the thought, "I wonder where I'll be this time next year." But now it is next year. 2020 has come, and this is happening. I have no idea where we'll be seven months from now. I just know it won't be Tanzania, and everything will be different.

We spent last week on Zanzibar. It was our Christmas present from grandparents. We walked through a mangrove forest and held sea turtles and rode quads through little villages and snorkeled with schools of angel fish and chased dolphins. Many times, I would turn to one of the kids and whisper, "Capture this moment in your mind." Because that's what I was doing. 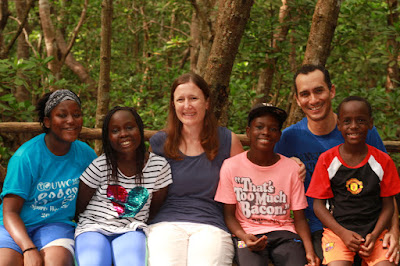 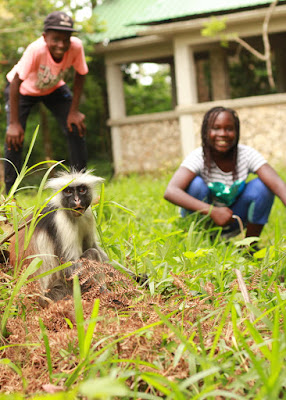 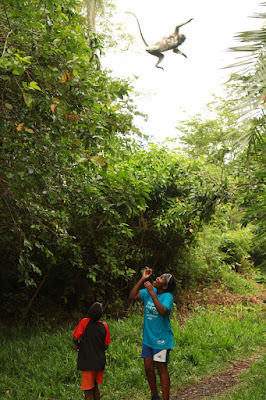 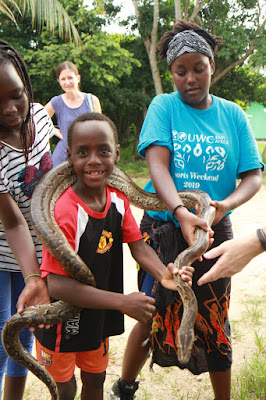 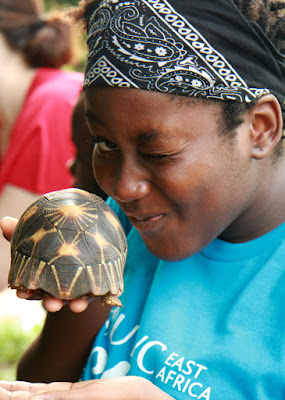 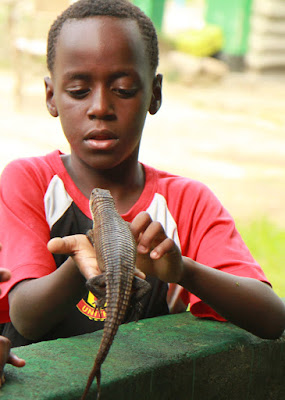 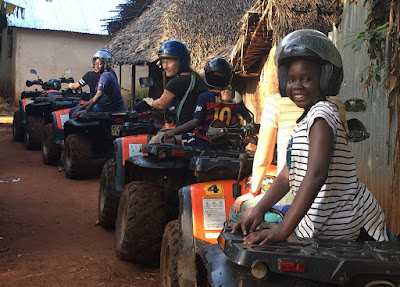 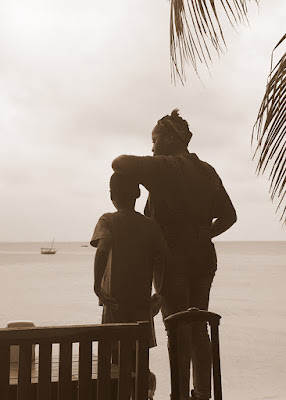