Those Who Suffer Are My Teachers 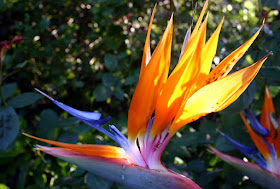 I've always been ambivalent about Santa and the Easter Bunny.

I probably would feel that way anywhere we lived, but I especially would never be able to pull off those stories in Tanzania. I can't bring myself tell my children that a magical old man or giant bunny is leaving them gifts when they see children every day who are living in poverty. How could I ever explain to them that Santa only leaves gifts for them, but not for their neighbors? How would I excuse the Easter bunny's negligence of the little girl begging at our car window on the way to church?

I must hold my theology of God to the same standard.

Living as an American in a developing country has forced me to wrestle hard with what I believe. Am I believing an American gospel? Or the actual gospel?

Even though it's easy for me to disdain the misuse of Jeremiah 29:11, how many times have I caught myself thinking, God would never let that terrible thing happen to me? How often have I needed to remind myself, God doesn't owe me the American dream?

I'm embarrassed to admit the number of times I have wallowed in self-pity, asking God, Why me? Or how often have I realized that lurking around in the back of my mind is the notion that God just wants me to be happy?

Theology that can't transcend culture, time, and experience isn't Truth at all.

How dare I think that God owes me anything? I shouldn't be asking Why me? but rather Why not me?

Of course, it's not just those in developing countries who suffer. I think of Scott and Johanna Watkins, who discovered shortly after their marriage that Johanna had developed life-threatening allergies to just about everything, including Scott. Or Grace Utomo, who was an extraordinarily talented violinist when she was hit by a car at 23 years old. She now suffers from multiple seizures a day and can hardly ever leave the house.

Can I think about the lives of these suffering souls and believe that God just wants me to be happy? When I worry about the future, should I assure myself that God would never let that happen to me when he has already allowed much worse to happen to others who bear his name?

Ironically, the Bible speaks far more about oppression, injustice, and suffering than it does about happiness. Persecution is an expectation. We tend to forget that Paul wrote Rejoice in the Lord always while he was languishing in prison. There is no fear of contradiction between the gospel of Jesus and the reality of suffering. Which means that the problem lies in my own assumptions, not in the Bible.

I have learned to pay attention to those who suffer and yet remain steadfast in their faith. When my friend Lucy's house was marked for demolition, she told me, "God gives and takes away. We will bless the name of the Lord, no matter what happens."

Grace Utomo asks, Can I really call God 'kind?' and answers, "We would have no idea of how faithful and valuable God really is if we never knew loss in some capacity.  We have souls that live forever, but our physical conditions are only temporary. Our job is to cling to eternity, and to the hope that we will enjoy God most fully at the end of our earthly life. Until then, we have the beautiful (albeit sometimes painful) opportunity to know God as a faithful refuge. If we look beyond the temporary, God is indeed kind."

Scott Waktins writes, "Seeing upheavals so commonly in the scriptures reminds me that not only are Johanna and I in good company, but that it is serving a greater purpose. These difficult circumstances we are going through are not a cosmic accident. They are serving a purpose I don’t fully see, but one that I believe will lead to good. The upheaval of the past years has not upheaved my relationship with God. Instead, it has helped me deeply appreciate the upheaval of Jesus’ life and its lasting impact on the world."

I am not worthy to stand in the presence of these suffering saints. They are my teachers. Theirs is the theology I seek.
Amy Medina at 5:21 PM
Share